GrowBot is a proposed device that will be able to assist consumers with creating and maintaining small-scale gardens. The long-term goals of this project are for GrowBot to be able to plant, water, provide health updates, and harvest plants. The reason we chose this project is that we wanted to have access to fresh, homegrown produce, even if you are a busy professional.

This semester, we had quite a few goals we had set. We were able to meet most of them and we feel confident in the work we did.

Here are the general steps to replicate the work that we completed this semester.

Despite sounding like a heavily involved process, several open-source resources are available that make creating an image recognition model relatively easy. Personally, I followed a tutorial that can be found at this link. While the tutorial is sufficient some changes needed to be made during the process. The tutorial goes through five main steps that include creating a python environment, finding data, cleaning data, training the model, and then using the model. If you do not intend to train your own model, the data generated from training the tomato can be found in the OSF, then the instructions in step 5 on how to use the model can be followed to apply the model.

Step 1: Creating the python environment
In order to create the virtual environment that the classification model will be created in, Anaconda will need to be installed. Anaconda can be found here. After installing Anaconda, open up the Anaconda prompt and run the following command.

In this case, “test” is the name of the created environment and can be changed to whatever you would like it to be but for this I will be referring to the environment as “test” in all code. This prompt will install keras and tensorflow which will be used to do the computations needed to train the model. Jupyter is also installed which is where we will write the code. Next, go into the created environment by running the following prompt.

Step 3: Clean Data
After the data is found, the images need to be separated into data that will be used to train the model and the data that will be used to validate the model. Opening a jupyter notebook within the environment and running the following code, after replacing the necessary components, will split the data. Anywhere in the code that says “path to …”, needs to be replaced with the respective path. 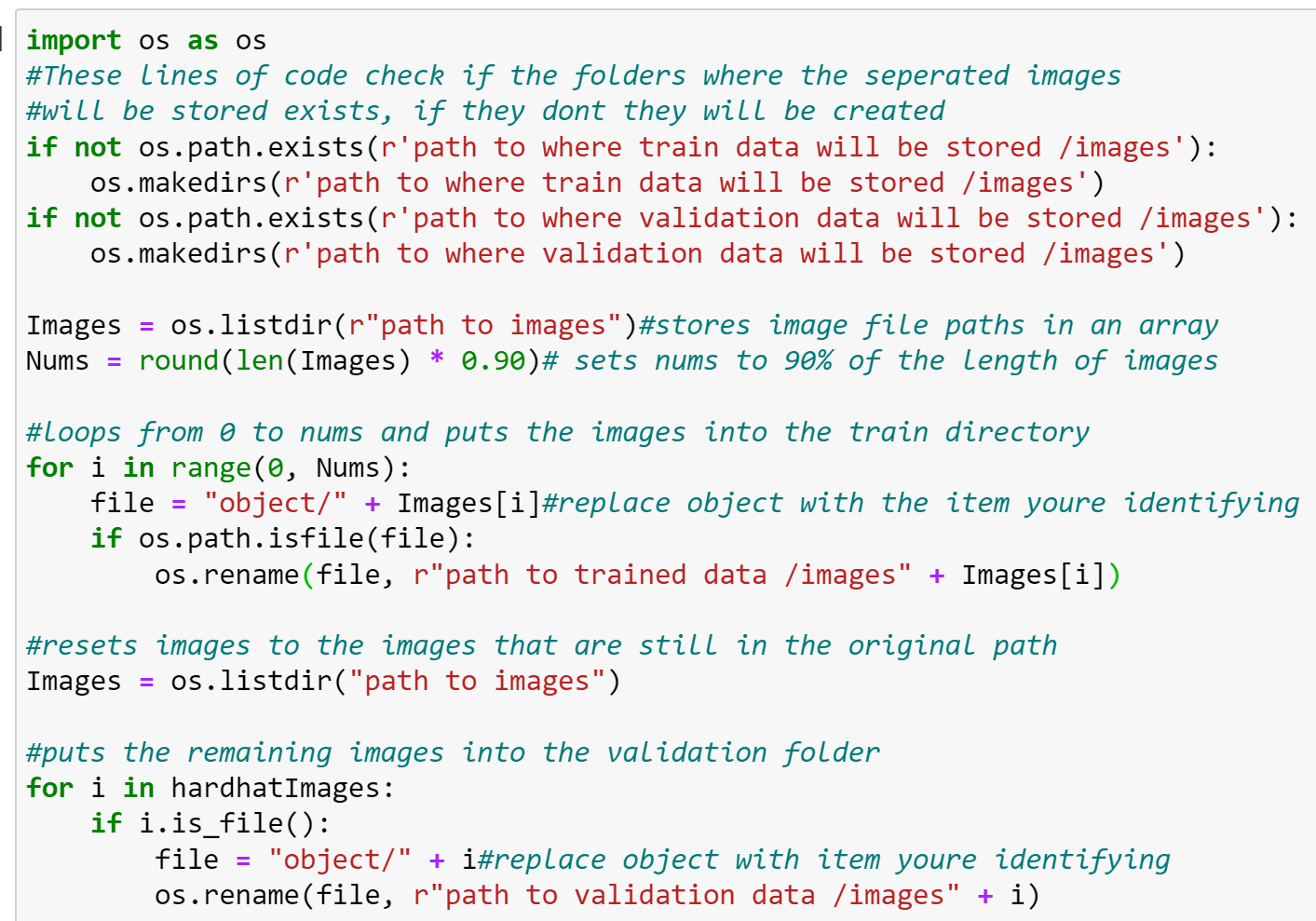 LabelImg can be opened by simply running the command “labelImg” within your command prompt. Within LabelImg, open the directory that contains the images being annotated and set the save directory to the respective validation folder. Next, create the labels you are going to use. If you are only identifying one object, you can create one label and set it as the default. Now, go through each of the images within the directory and draw bounding boxes around all of the objects which you are training your model to identify. This will need to be done for the train images as well as the validation images.

Where the code says “object being identified”, insert a list of the names of the label you created when annotating the images. It will take several hours for this code to run. After the code has finished running, a few new folders will be created within the data directory which will contain the data necessary to use the model. By increasing the the number of experiments ran as well as the bath size, the model will be trained to be more accurate at the expense of time required to train the model.

5. Use the trained model

Now that the model is trained, it can be used in numerous applications. In order to make sure it works tho, it can be tested using the following code.

This code will set the model up to be ready to use. The JSON data as well as the models were generated during the training process and can be found within the data file. After the model is ready the following code can be ran to apply it. 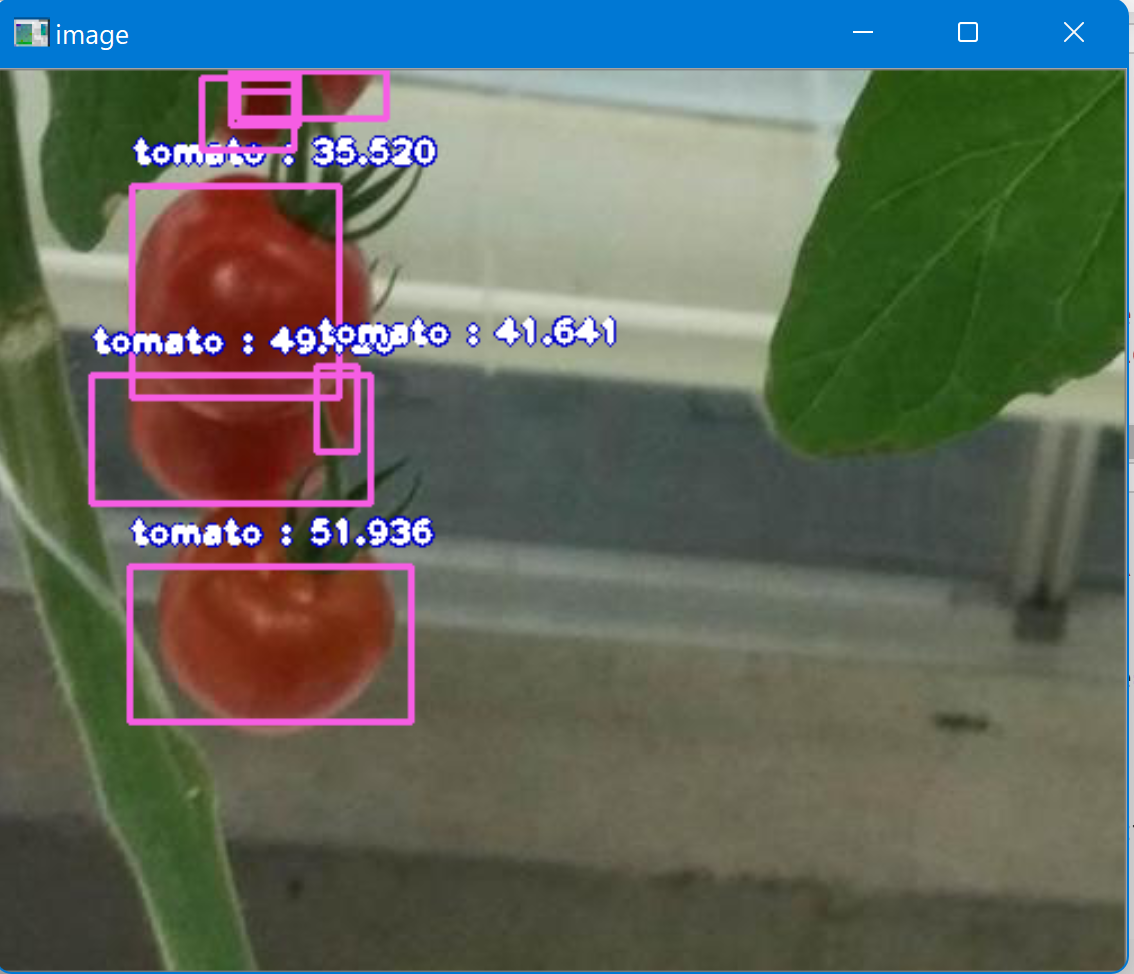 The following table is a list of all of the open source tools that we used for GrowBot as well as links in case you want more information on the tool.